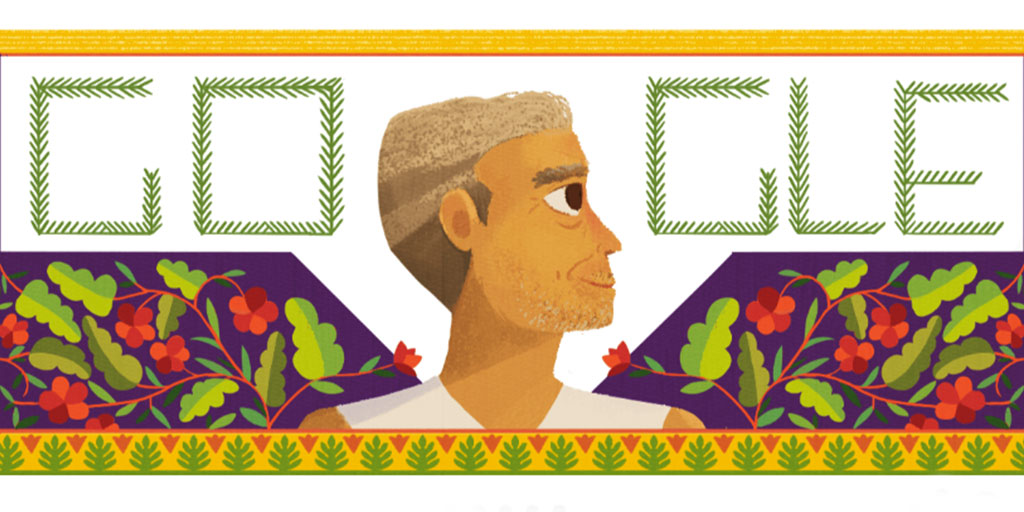 Christmas has just passed with the joy and happiness around the globe, while people everywhere around started wondering about the Google’s doodle of the 26th December about Baba Amte. How could a person coming from a small scale region have such huge relevance and notability?

Who is Baba Amte?

Murlidhar Devidas Amte, popularly called as Baba Amte is a social activist as well as a renowned lawyer. Baba was born in a small district of Maharashtra called Wardha, where he began his generosity in legal studies and social work. He was strongly inspired by the work and words of Mahatma Gandhi, which also led him to leave his silver spooned life and work for poor and needy ones thoroughly.

Moreover, Baba Amte was specifically involved in helping the poor people to find treatment and relief from leprosy. During the active years of Baba Amte, leprosydisease condition was extremely chronic and contagious which made him initiate movements and campaigns from ground level to help the patients.

Leprosy was popular in many subtropical and tropical countries such as India, moreover, in many tropical countries, these diseases haven’t eroded its roots yet. According to a report, Hansen’s Disease effects and impacts more 200 people in India every year. Baba Amte was moved by the pain and suffering faced by the patients as well as the discrimination.

What are the Leprosy Symptoms?

Hansen’s Disease involves a dreadful condition and scenario for the sufferers. The symptoms of the Leprosy are:

The symptoms of leprosy tend to become chronic with due time and the person might even lead to blindness and body frailness, if not exposed to medical help. Regularly, symptoms of Hansen’s disease are visible and detectable as well, which can last to 5 to 20 years.

What are Types of Leprosy?

World Health Organization categorizes the disease based on the type and number of affected skin areas:

Paucibacillary: There are five or fewer lesions and no bacterium detected in the skin samples.

Multibacillary: There are more than five lesions, the bacterium is detected in the skin smear or both.

What are Leprosy Treatments?

The treatment procedure of leprosy involved care and management measures only during the early times. But recently, the World Health Organization introduced the multidrug therapy in 1995 which involves complete care and treatment of this condition. The initiative by the WHO is free of cost and easy to opt as well.

The treatment involves the prescription of few antibiotics which tend to kill the bacteria that causes this disastrous condition in people. Moreover, Baba Amte started to aware and help the discriminated groups with care and management, he learned from the Calcutta School of Tropical Medicine.

Baba Amte was quite disappointed and disturbed by the fragile condition of the patients and the discrimination they had to encounter during their everyday life. He started to spread awareness in favor of Hansen’s disease patients, later he began to work in the evolvement of a safe and managed place for the leprosy patients named Anandwan.

Anandwan was constructed over a 250-acre campus that only aimed to help and treat the leprosy patients and help them to overcome the trauma of being a different one among the crowd. Today, Anandwan is still focused on helping and caring the patients of leprosy as well as physical impairments and more.

Baba Amte devoted his entire life in working towards social causes and leprosy patients. Moreover, we must pay tribute just like Google did today to such exceptional people. Also, we must remain healthy and fit to take care of ourselves as well the needy people.