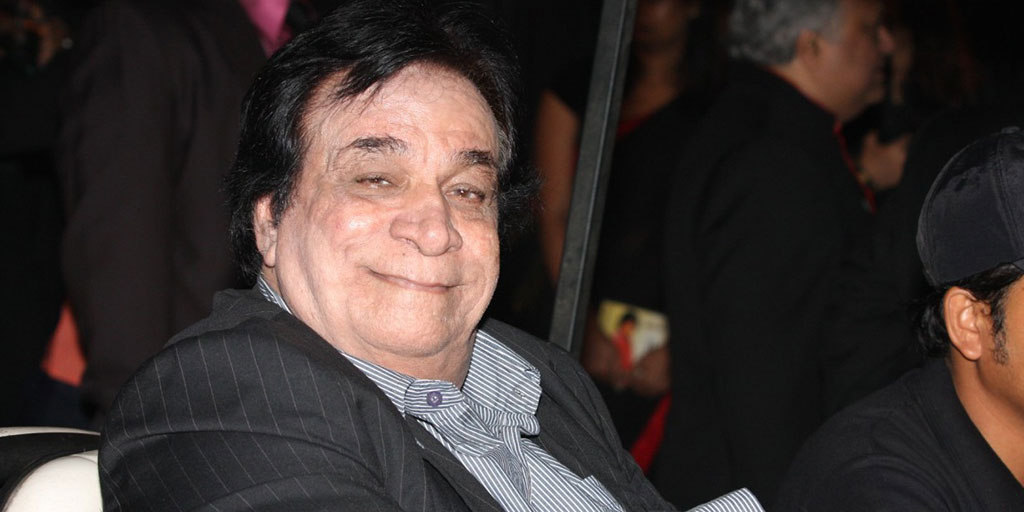 Recently, the health status of the veteran actor Kader Khan took a saddening turn as the actor has to be shifted to a critical and emergency ward of the hospital. The actor is currently located in Canada along with his son Sarfaraz and daughter in law Shahista. The actor has been reported critical and put on a special ventilation system called BiPAP.

According to the reports, Kadar Khan began to feel suffocated and weak from past few nights and encountered sudden downfall in health on 28th December 2018. This sudden health crisis made his son to rush him to the hospital, moreover when doctors didn’t found much recovery symptoms so he was shifted to a special BiPAP ventilation system.

It was reported by the veteran actor’s son Sarfaraz that Khan underwent knee surgery recently, despite a successful surgery as well as recovery the actor couldn’t walk properly which caused further chronicity and severity to his health. After the hospital rush of last night, Kader Khan was reported to be suffering from Progressive Supranuclear Palsy (PSP).

Sarfaraz, Kadar Khan’s son said, “The surgery did not go wrong. It was just that my father refused to get up after the surgery. We were told that he has to make an effort and try to start walking from the next day. He just didn’t do that and…“

What is Progressive Supranuclear Palsy (PSP)?

Progressive supranuclear palsy is a degenerative disease which is also termed as Steele-Richardson-Olszewski syndrome. The PSP is quite a rare disease which cause abnormality in the brain which leads to difficulty in walking and eye movements. This disease is progressive in nature which means it can get worse if not treated on time.

The PSP also involves symptoms of dementia which is a condition of forgetfulness. Under the influence of this symptom, the patient tends to forget everyday routine as well as people to which he/she interacts on regular basis. In the case of Kader Khan, many symptoms of the Progressive Supranuclear Palsy has been recognized.

What is BiPAP Ventilator?

Such kind of ventilation is provided to exceptional and chronic patients like Kadar Khan, who have been suffering from recurring breathing issues and inability to breathe at all. BiPAP is a kind of non-invasive ventilation which fulfills the insufficiency of oxygen without an invasion to the body.

Kader Khan is a remarkable veteran actor who has been recognized for his roles in Bollywood films like “Mujhse Shaadi Karogi,” “Akhiyon Se Goli Maare,” “Joru Ka Ghulam,” “Haseena Maan Jaayegi,” “Aunty No. 1,” and “Judwaa.” Kadar Khan is currently 81 years old, and we hope for his future well being.

(People Also Like To Read: 7 Amazing Tips for the Elderly to Keep Them Healthy!!)