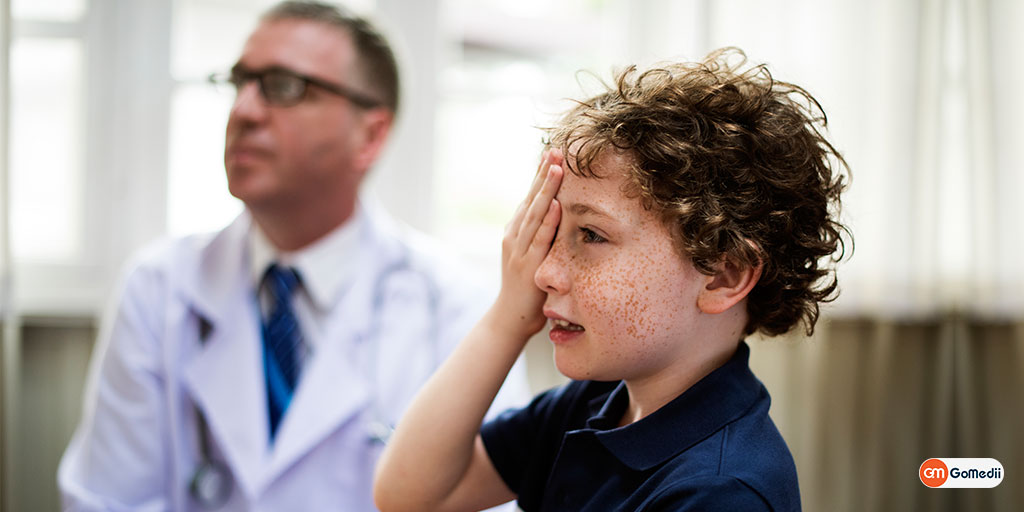 Kearns-Sayre syndrome is generally inherited but not always, it can be caused due to mutations in the body’s cells that occur after conception. This is a chronic condition that is extremely rare in occurrence but has the potential to destruct vision and other body mechanisms.

KSS is a chronic form of the syndromic variant that is chronic progressive external ophthalmoplegia, abbreviated as CPEO. It is a kind of syndrome that causes isolated involvement of the muscles controlling the movement of the eyelid and eye (extraocular muscles). Majorly, in the case of KSS symptoms are recognizable before the age of 20 years.

What are the Symptoms of Kearns–Sayre Syndrome?

The initial symptoms begin with difficulty in opening the eyelid that later progresses to a bilateral ptosis. In KSS, symptoms of pigmentary retinopathy in both eyes and cardiac conduction abnormalities are aroused along with some other critical symptoms that are enlisted below.

This condition is also called as salt and pepper appearance where pigmentation of the retina occurs. The appearance of the retina in KSS is similar to that seen in myotonic dystrophy type 1, also mild night blindness can be found in the patient.

Kearns–Sayre Syndrome causes cardiac conduction abnormalities after years of the occurrence of ptosis and ophthalmoplegia. This happens when the conditions become severe as much that it causes heart block.

Many other symptoms are possible to occur in the case of KSS.

What is the Cause of Kearns–Sayre Syndrome?

The major cause of KSS is dysfunctioning in the mitochondria. Mitochondria are essential for leading the process of oxidative phosphorylation, that is letting oxygen converting the energy from food into a form that can be used by the cells for further processes.

The mitochondria comprise of its DNA called mtDNA which is highly affected for some reasons which cause the loss of genes important for the mitochondrial formation and oxidative phosphorylation. This loss leads in the formation of Kearns–Sayre Syndrome.

What is the Diagnosis for Kearns–Sayre Syndrome?

To get an exact finding and diagnosis one needs to consult a neuro-ophthalmologist. The doctor might recommend a lab test or biopsy after the clinical exam for getting a better picture of the syndrome.

Blood lactate and pyruvate levels are generally tested through the blood drawn for testing which is generally increased in the case of KSS.

Ocular muscle is not necessarily tested to demonstrate histopathologic abnormalities. Whereas, light microscopy is conducted at the cross sections of the muscles to analyze the condition.

What is the Treatment for Kearns–Sayre Syndrome?

The treatment measures for KSS are still undiscovered. The management process is conducted by the doctor in order to eliminate the symptoms and risk factors.

Kearns–Sayre Syndrome is an extremely rare condition which is not acquired by many but the few who suffer from this syndrome, find it difficult to cope up. It is essential to stay alert and consult a doctor right after encountering the first symptom.