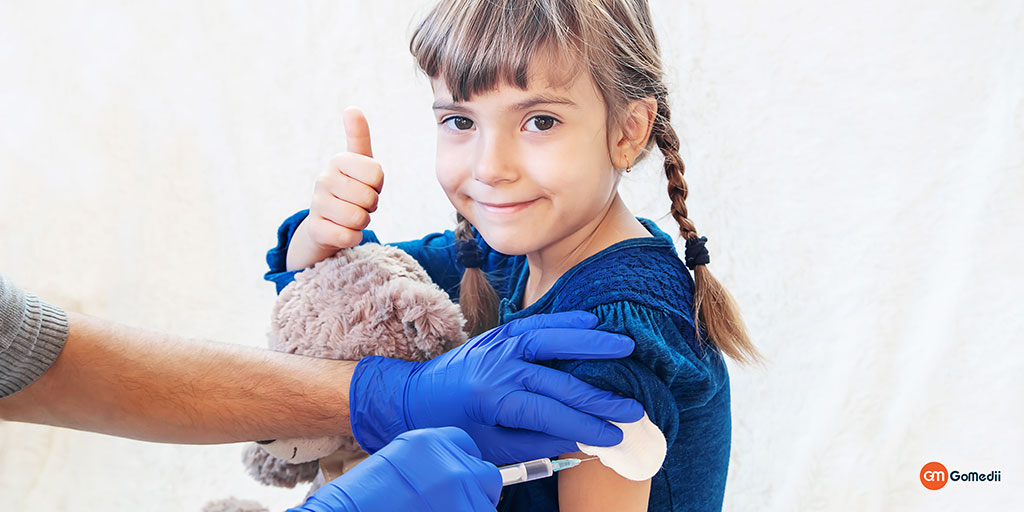 Measles (also known as rubeola) is a very contagious disease caused by a rubeola virus. When an infected person coughs or sneezes, it spreads through the air with infected mucus and saliva. Measles starts with a fever. Soon after, it causes a runny nose, cough, and red eyes. Then a rash of red spots breaks out. It starts from the head and gradually spreads to the rest of the body.

(People Also Like To Read: Do You Know About Brain Cancer Stages?)

As Measles is caused by a virus, so there’s no specific medical treatment for it. The virus has to run its course. A child who is sick should get lots of rest, drink plenty of liquids, and stay home from school or daycare to prevent spreading the infection.

What are the Symptoms of Measles?

Symptoms of it generally appear within 14 days of exposure to the virus. Symptoms include:

A widespread skin rash is a most common sign of measles. It generally appears within the first three to five days of exposure to the virus and can last up to seven days.

Who are at the Risk of Measles?

If you are one of them, then you are at the risk of the disease:

Being Unvaccinated. If your kid hasn’t received the vaccine for rubeola, then he/she is more likely to develop the disease.

Vitamin A Deficiency. If you are not having enough vitamin A in your diet, you’re prone to have more severe symptoms and complications

How to Diagnose Measles?

The diagnosis is suspected from the clinical presentation of symptoms and detection of the virus in urine or confirmed by a blood test, throat or eye specimens.

Incubation period: It is a time between becoming infected and developing symptoms

Infectious period: IT is a time when an infected person can infect others

Around 24 hours before the onset of symptoms to four days after the presence of the rash.

What are the Preventions of Measles?

If someone has measles in your house, then take these precautions to protect yourself as well as your family and friends.

It is most important because measles is highly contagious, isolate the infected person for about four days before to four days after the rash breaks out, people with measles shouldn’t interact with other people during this period.

Be sure that anyone who’s at risk of getting the measles has been fully vaccinated, and if he is not vaccinated then get the vaccine as soon as possible. This includes infants older than 6 months as well as the one who is born after 1957 and hasn’t been vaccinated yet.

Measles can be prevented with the MMR(Measles, Mumps, and Rubeola) vaccine. The vaccine is used to protects against three diseases which are measles, mumps, and Rubeola. It is recommended that children get two doses of MMR vaccine, the first dose at 12 to 15 months of age, and the second dose at 4 to6 years of age. Adults and teens should also be up to date on their MMR vaccination.

This vaccine is very effective and safe as well. Two doses of MMR vaccine are around 97% effective at preventing measles and the one dose is about 93% effective.

It is recommended that children may also get MMRV vaccine, which protects against four diseases which are measles, mumps, rubella, and varicella (also known as chickenpox). This vaccine is only licensed for use in children who are 12 months to 12 years of age.

According to the World Health Organization (WHO), deaths due to measles have decreased by 84 percent globally in recent years, from 550,100 deaths in 2000 to 89,780 in 2016. Measles is still common in many developing countries, particularly in parts of Africa and Asia. An estimated 7 million people were affected by measles in 2016. The overwhelming majority (more than 95%) of measles deaths occur in countries with low per capita incomes and weak health infrastructures.

Here, we have discussed measles, its symptoms, risks, and prevention as well. However, you find any of the symptoms then you should consult your doctor as soon as possible. Prevention is always better than cure, so, the best way to prevent with this disease is got the proper vaccination. You can use either MMR vaccine or MMRV vaccine both can help you prevent the same. You can also consult your doctor before going for vaccination.

(People Also Like To Read: The Top Fitness Trends to Know for 2019!)