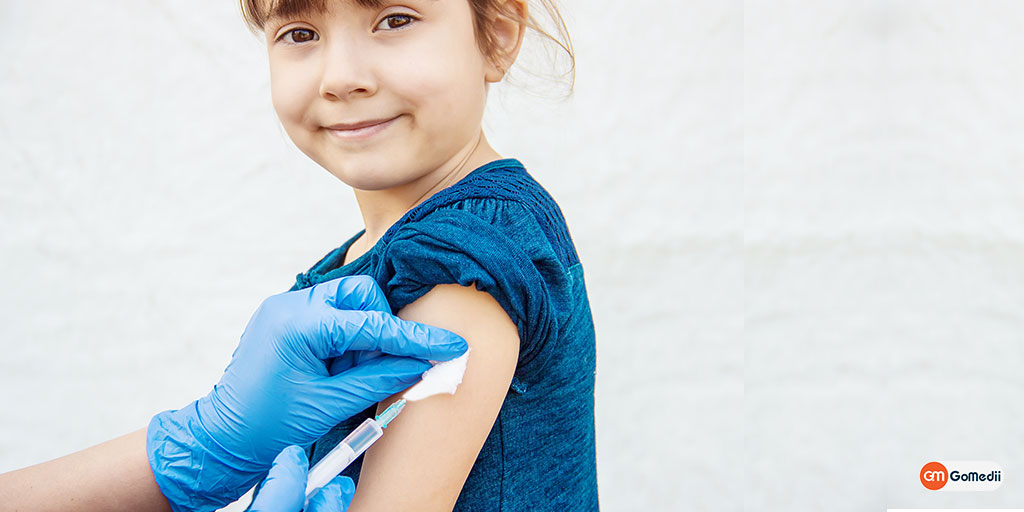 Varicella vaccine, also known as the chickenpox vaccine, is a vaccine which protects against chickenpox. According to the research one dose of vaccine prevents 95% of moderate disease and 100% of severe disease. Today we are going to discuss Varicella and how Varicella Vaccine will be helpful to your body. As we all know this is the life- threating issue so we have to take it very seriously.

(People Also Like To Read: 10 Most Annoying Health Problems During Weather Changes)

What is Varicella Vaccine?

Viruses which have been attenuated are less virulent than viruses that are not. The virus in the chickenpox vaccine is generally powerless of causing a disease, it stimulates a response from the body’s immune system. That response is what gives someone who’s had a shot for chickenpox immunity or protection from the illness.

What are the Types of Varicella Vaccine?

There are two types of varicella vaccine :

It contains a combination of measles, mumps, rubella, and varicella (chickenpox) vaccines, which is also called MMRV.

This is the comparison to children who get the measles, mumps, and rubella vaccine and the chickenpox vaccine separately during a doctor visit. But, these seizures are not common. There may be fear for parents, but they are not harmful to children.

What are the Symptoms of Varicella?

There are a few symptoms of varicella :

4. Raised pink or red bumps (papules), which break out over several days

5. Small fluid-filled blisters (vesicles), which form in about one day and then break and leak

6. Crusts and scabs, which cover the broken blisters and take several more days to heal

Why do People Need the Varicella Vaccine?

There are a few points which justify the need for this vaccine:

1. Some cases of chickenpox are relatively mild and run their course in 5 to 10 days. Sometimes, it can be very serious, even life-threatening, in a small percentage of people.

2. The possibility of serious, life-threatening complications is greatest among infants, elderly adults, and people with weakened immune systems.

3. There is one more reason for getting a shot for chickenpox. The illness is highly communicable and without the vaccine, it can be spread by direct contact or through the air by sneezing or coughing.

4. The children with chickenpox need to be kept out of school or daycare for about a week or more until all blisters have dried and crusted over. This illness starts an itchy rash which usually forms between 150 – 400 blisters over the entire body.

(You Might Also Like To Read: Period End of Sentence: A Film on Menstruation Won The Oscar)

Are Children Need to get a Chickenpox Vaccination?

Most of the states require that children entering child care, school and even colleges and universities, show evidence of immunity to chickenpox either by having had the illness or documentation of receiving the chickenpox vaccine.

What are the Side Effects of this Vaccine?

All medicines have potential side effects. The side effects connected with the varicella vaccine are generally mild. The most common are a pain, redness, or swelling at the injection site. The small percentage of people develop a mild rash, usually around the spot where the shot was given.

Are There People Who Should Not Get a Chickenpox Shot?

Anyone who is moderate to severely ill when a chickenpox shot is scheduled should wait until the illness passes before getting the shot. Also, who had an allergic reaction to the first shot should not get the second shot.

Other people who should not get the shot:

1. Pregnant women, because the vaccine’s effect on the fetus is not known

2. Anyone allergic to gelatin; a gelatin-free version of the varicella vaccine is available

3. Anyone allergic to neomycin

4. Anyone with an immune system disease

5. Anyone receiving high doses of steroids

6. Who being treated for cancer with X-rays, drugs, or chemotherapy

7. Anyone who had a transfusion or received blood products within five months prior to the shot

How to Treat the Varicella?

In healthy children, chickenpox usually needs no medical treatment. Your doctor may suggest an antihistamine to relieve itching. The disease is allowed to run its course, for people who are at high risk of complications from chickenpox, doctors sometimes suggest medications to shorten the length of the infection and to help reduce the risk of complications.

In the above article, we have talked about the varicella vaccine and its symptoms, types, need, side effects and most importantly the treatment, which is actually very important to save your life from chickenpox. Whenever you feel any of the above symptoms, immediately consult your doctor to avoid any severe complication.

(People Also Like To Read: All About Root Canal Treatment: Expert Advice)

Know The IVF Treatment Cost In Delhi ! Check Out

How Much Does Cataract Surgery Cost In Delhi?

Kidney Cyst Removal Surgery In Noida? Here It Is!

How To Get Concession In Medical Treatment In India? Here It Is!

How Is Gynecomastia Surgery Performed? Know It Here!