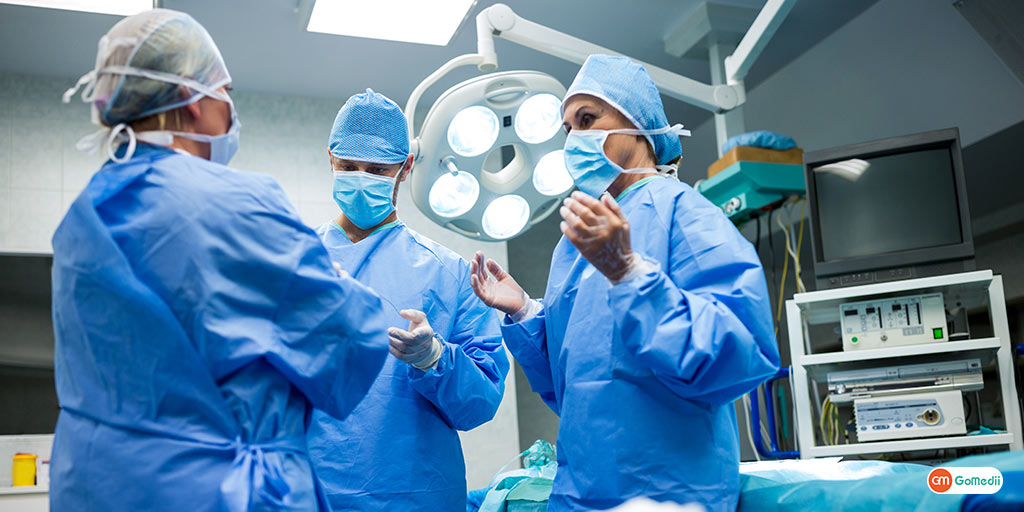 The ever reported largest ovarian cyst of Maharashtra and among the three instances reported so far in the country’s medical literature. On September 27, doctors at a hospital attached to a medical college in Wardha removed a pumpkin-size ovarian cyst weighing 18.5kg.

(People Also Like To Read: Diabetic Patients with Sleep Apnea Can Have Blindness: Study)

A 38-year-old woman was initially delaying the visit to the hospital due to the financial constraints. She consulted the doctor after her huge stomach bulge started causing pain and breathlessness.

So far, medical literature in India had reported women with massive cysts weighing 56kg and 23kg. The patients were from north India. The reporting of the case was in 1996 and 2009.

Arpita Jaiswal, hospital’s gynaecologist said, “This is the first reported case of a giant cyst weighing 18.5kg in Maharashtra. The case will soon be published in a medical journal.”

In a span of seven months, the tumors in the woman’s right ovary had grown into a massive cyst. The gynecologist said, “The cyst was so big that it took up 95% of the patient’s abdomen.”

The huge mass had blown the woman to 105cm in girth. she added, “We removed the whole mass intact. Outside the abdomen, the fluid-filled mass had spread out horizontally and measured 135cm.”

Its removal without spilling the fluid contents in the abdominal cavity required expertise, so the surgery was challenging. Arpita said, “The surgery was planned and completed without complications.”

The surgery was carried out by Jaiswal along with gynecologists Deepika Devani and Abhishek Kothule at Acharya Vinoba Bhave Rural Hospital at Sawangi village.

The doctors ran a battery of tests to confirm the nature of the cyst, before the surgery. Kothule said, “The CT scan revealed that there was no free fluid in the woman’s abdomen. This was suggestive that the cyst was not cancerous (malignant).”

He added, “The woman’s right ovary had merged in the mass. Her right fallopian tube had thinned out. The tube had stretched over the surface of the cyst.”

Over the last two months, her food intake significantly reduced. Jayashri Sen, a senior anaesthetist said, “The patient was not fit for general anesthesia because she was malnourished. We opted for spinal as well as epidural anesthesia.”

Probability was that the patient would slip into hypotensive (low blood pressure) shock immediately after removal of the cyst. Kothule said, “We took out the cyst by taking an incision of 2cm above the pubic bone to the belly button.” 57kg was the woman’s weight at the time of surgery. Post-surgery weight came down to 37.6kg.

Additionally, Kothule said, “The patient’s food intake has improved after the surgery and she will be discharged in a day or two.”

“The successful removal of the giant cyst at the hospital in Sawangi shows the capabilities and expertise of our doctors working in rural interiors.” said Spine surgeon Ajay Chandanwale, joint director, Department of Medical Education and Research, Maharashtra.

“The patient’s food intake has improved after the surgery and she will be discharged in a day or two,” Kothule said.

Spine surgeon Ajay Chandanwale, joint director, Department of Medical Education and Research, Maharashtra, said, “The successful removal of the giant cyst at the hospital in Sawangi shows the capabilities and expertise of our doctors working in rural interiors.”