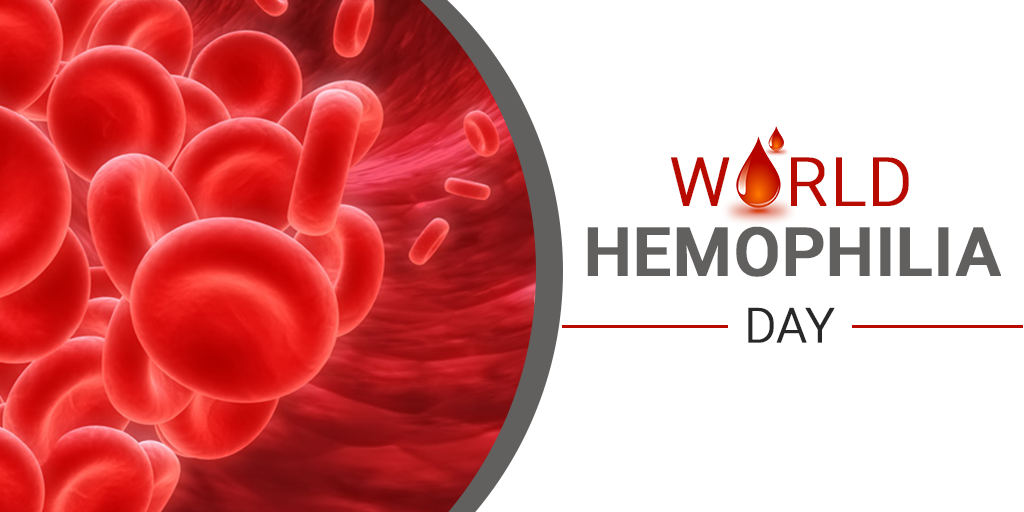 World Hemophilia Day is an international day held annually on April 17 by the World Federation of Hemophilia (WFH).

The  World Hemophilia Day is recognized as an awareness day for hemophilia and other types of bleeding disorders, as well as also serves to raise funds and attract volunteers for the World Federation of Hemophilia.

(People Also Like To Read: Everything About Haemophilia: Causes, Symptoms, Treatments)

World Haemophilia Day was started in 1989 in honor of Frank Schnabel’s birthday, a Montreal businessman born with severe hemophilia A.

In 2018 the theme of World Haemophilia Day is “SHARING KNOWLEDGE MAKES US STRONGER.”

With this theme, the WFH will focus on the importance of sharing knowledge. The bleeding disorders community is filled with the first-hand knowledge and experience which is needed to help increase awareness, as well as to improve access to care and treatment.

The World Hemophilia Day is a critical effort since with increased awareness comes better diagnosis and access to care for the millions of patients who remain without treatment.

Hemophilia is a group of acquired blood disorders in which the blood does not do the process of clot making properly.

The bleeding disorders in the body are due to defects in the blood vessels, the coagulation mechanism or blood platelets. An affected person may bleed unconsciously or for longer than a healthy person after surgery or an injury.

The blood coagulation mechanism is a process in which there is a transformation of the blood from a liquid into a solid form as well as involves several different clotting factors. The coagulation mechanism generates fibrin (a non-globular protein involved in the clotting of blood) when it is activated, which together with the platelet plug, stops the bleeding.

What are the Symptoms of Hemophilia?

Hemophilia symptoms vary from person to person, depending on the degree of blood clotting factor or known as coagulation factor deficiency and they also depend on the nature of any injury.

Spontaneous bleeding can cause the following:

What are the Types of Hemophilia?

There are different types of hemophilia including;

How is Hemophilia Diagnosed?

Hemophilia is mainly diagnosed through a blood test. The doctor will remove a small sample of blood from your vein and measure the amount of clotting factor present in that sample. The sample is then rated to determine the severity of the factor deficiency:

Mild hemophilia is indicated by a clotting factor in the blood plasma which is between 5 and 40 percent.

Moderate hemophilia is indicated by a clotting factor in the blood plasma which is between 1 and 5 percent.

Severe hemophilia is indicated by a clotting factor in the blood plasma which is less than 1 percent.

What are the Treatments Available for Hemophilia?

The doctor can treat hemophilia A with a prescription hormone. This hormone is known as desmopressin, which the doctor injects through an injection into your vein. This medication works by stimulating the factors that are responsible for the process of blood clotting.

The doctor can treat hemophilia B by infusing the blood with donor clotting factors. Sometimes, the factors may be given in the synthetic form commonly known as recombinant clotting factors

The doctor can treat hemophilia C by using a plasma infusion. The infusion mainly works to stop profuse bleeding.

The patient can also go to physical therapy for rehabilitation if their joints are damaged by hemophilia.

So, for the spreading all the essential information about hemophilia, we all celebrate the World Hemophilia Day.