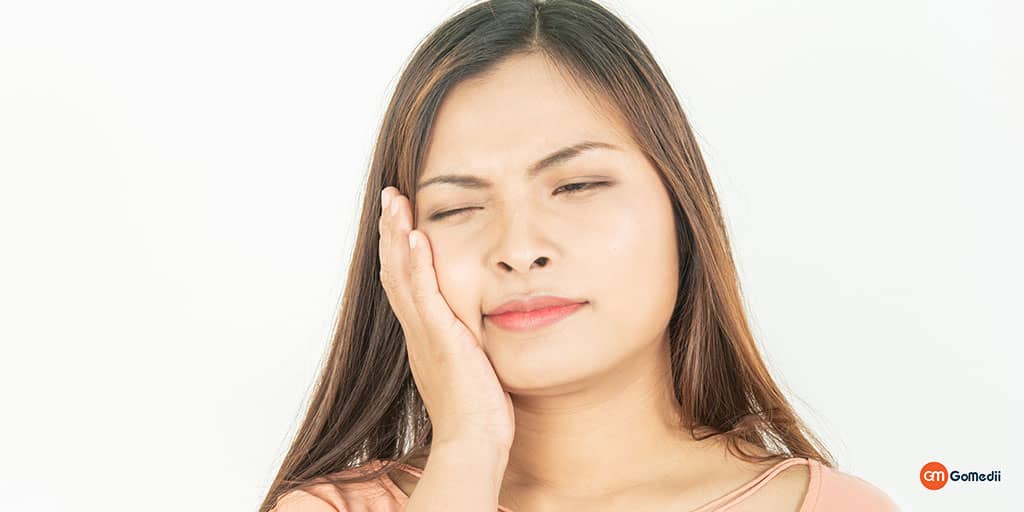 Bleeding gums begin with insufficient plaque removal. Plaque carries germs which attack the healthy tissue around the teeth. This causes the gums to become inflamed and irritated, which cause them to bleed while brushing. Nowadays most of the people are suffering from this disease. There is no particular age where this suffering can be seen. According to the study, 1-3% of people have this. So today we are going to discuss bleeding gums and how it is harmful to us.

What are Bleeding Gums?

It is the most frequent symptom of gum disease. It can also point to other health problems. Temporarily bleeding of the gums can be caused by brushing your teeth too vigorously or wearing dentures that don’t fit correctly. Continuing gum bleeding can also indicate more serious conditions, like-

2. Leukemia (cancer of the blood)

What are the Symptoms of Bleeding Gums?

There are a few symptoms of bleeding gums:

4. Inflammation of your gums

What are the Dental Conditions Which Cause Bleeding Gums?

Most of the people develop gingivitis when plaque stays on gum lines for too long. Plaque refers to the debris and bacteria which stick to your teeth. Brushing your teeth removes plaque and prevent you from developing cavities. The plaque may stay on your gum line if you don’t brush and floss properly. If plaque isn’t removed, it can harden into tartar, which will increase bleeding.

2. Pain in the mouth and around the gums

What are the Causes of Bleeding Gums?

There are some causes of bleeding gums:

People who wear dentures also experience bleeding gums. This happens when dentures fit too tightly. Consult to your dentist or orthodontist if dentures or other oral appliances are causing your gums to bleed. They may need to take new impressions to create a better fitting mouthpiece.

Pregnancy commonly causes gum bleeding. Hormonal changes which start during pregnancy can cause the gums to be more sensitive.

Bleeding disorders such as hemophilia and leukemia can also increase the risk of bleeding gums. Your gums may be bleed more continually if you take blood-thinning medications.

What are the Risk Factors of Bleeding Gums?

The rate of gum disease increases with age. 50% of adults who are 30 years or older and 70% of those who are over 65, have gum disease.

Some prescription medications can increase the risk of gum diseases such as anti-depressants, certain heart medications, and oral contraceptives. Check with your doctor or dentist to learn if your medication can affect your gums.

Some of us are just predisposed to get gum disease. If you think this applies to you, your dentist can perform a simple genetic test to determine your risk.

What is the Treatment of Bleeding Gums?

Good dental hygiene is the first step to manage bleeding gums. Go to your dentist twice per year for professional cleaning. Proper brushing and flossing can help to remove plaque from your gum line and it reduces the risk of developing periodontal disease. According to the research, most of the people are facing this bleeding gums disease.

Your dentist also shows you to use an antiseptic mouthwash to reduce plaque which forms in your mouth. And a rinse of warm salt water can also help to soothe swollen gums which bleed easily.

Use a soft toothbrush. It has to be gentle on inflamed gums, especially if you experience bleeding after brushing your teeth. Medium and hard bristles are too abrasive for your delicate gums. You might also consider using an electric toothbrush. The specially designed brush heads on these toothbrushes which can help you to clean your gum line in a more sorted way than a manual toothbrush.

Schedule an appointment with your primary care provider to determine if dental health is not the underlying issue causing your bleeding gums. An examination and blood work can help determine the cause of your bleeding. Treatment will vary according to your condition.

As per the discussion of bleeding gums, the only way to cure your disease is to maintain cleanliness and consult a dentist as soon as possible whenever you start feeling any of the above symptoms of bleeding gums. The doctor will help you out with the pain and irritation.

(People Also Like To Read: Things That are Good for Teeth/ Gums)