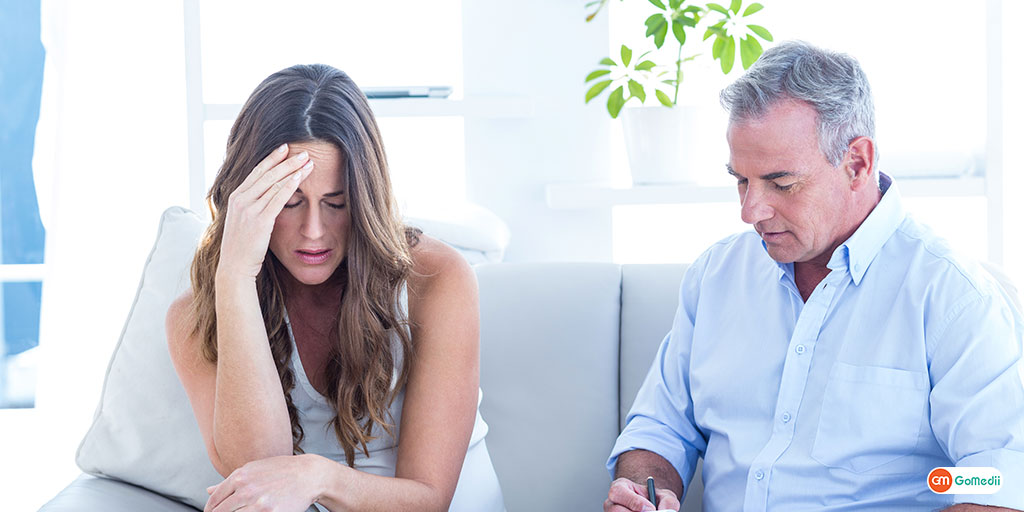 How Maternal Stress During Pregnancy Can Affect Your Baby

Like we always mentioned, the time of pregnancy is the critical most in any woman’s life. Maternal stress during pregnancy is not that uncommon. It is natural for some.

(People Also Like To Read: Abdominal Pain In Teenagers: Reasons and Symptoms)

You as a woman are nervous, because of an entire life being carried in your womb. On the other hand, as a family earner, your husband and other members are concerned about your health.

Yet, until the nervousness is limited it is fine. The outcome of stress during pregnancy increases the risk of the infant suffering in the womb as well as after childbirth. Some of them also can affect the mental health of your child in the womb.

How Maternal Stress During Pregnancy Can Affect The Fetus?

Stress does not just happen and goes without putting you in a bad situation. Similarily when a mother suffers through maternal stress during pregnancy, it affects the child in the following way.

In a lot of studies, it has been observed, that the child might suffer from some mental illness. This is because stress results in the production of hormones that harm the brain development of the unborn child.

A baby’s brain development technically begins during the third week of your pregnancy, when rapidly multiplying cells form what’s called the neural plate. This structure eventually folds in on itself to become the neural tube. This gives rise to the forebrain, midbrain, hindbrain, and spinal cord.

Since this process starts early, good nutrition and a healthy body are necessary. However, when there are stress hormones produced, it will eventually affect this brain development.

Several of the studies have shown that when prenatal stress and maternal stress during pregnancy can cause heart defects. It is very evident that hormones that are produced during pregnancy are responsible for the development of kids.’

Women in stress actually give birth to weak-hearted infants. This increases the risk of the child having fatal heart and coronary complications in the future.

Women with maternal stress during pregnancy are at threat of premature birth. As per the research “first, through the exposure of the fetus to stress hormones that are transported through the placenta, which are in turn related to premature delivery and
which can also compromise fetal development and function” This also includes immature developments of organs.

4) Effect on the Immune System:

The immune system is something that develops stronger with time but has main components during the time in the womb. When the mother is suffering from maternal stress during pregnancy, then the immune system will be suppressed. This makes the kid easy to be infected with diseases at a very young age.

Here are the following extracts from various research regarding particular conditions:

a) Infections: According to the studies by the IZA Institute, ” stress may suppress the developing immune system, which could account for the higher incidence of respiratory and other infections in the infants.”

b) Cognitive and In-cognitive: A similar institute as mentioned above said: “thereby contributing to our
understanding of the impact of in-utero stress experiences on a child’s early cognitive and non-cognitive abilities, and emotional well-being.”

c) Mental Illness: As per the Encyclopedia on Early Childhood “Many independent prospective studies have now shown that if a mother is stressed, anxious or depressed while pregnant, her child is at increased risk for having a range of problems, including emotional problems, ADHD, conduct disorder and impaired cognitive development.

Both altered brain structure and function have been shown to be associated with prenatal stress, and also the mother’s experience of early childhood trauma.

While genetic transmission and the quality of postnatal care are likely to contribute to some of these findings of association, there is good evidence that there is a causal influence of the mother’s emotional state while pregnant also.”

d) Malnutrition: Due to the medicines used to cure mental illness during childhood and anti-anxiety and depression medications in adulthood; lowers birth weight, and raises the risk of perinatal complications that require hospitalization.

As per Science Daily “The psychologists advise pregnant women who are exposed to longer-term stress situations to “seek support from a therapist to handle the stress better.”

Maternal stress during pregnancy has been associated with poor birth outcomes including preterm birth, infant mortality and low birthweight. Stress results in increases in cortisol, norepinephrine, and inflammation which affect the fetal environment and have implications for maternal and infant health.

High levels of maternal stress may help explain some of the socioeconomic and racial/ethnic disparities seen in rates of preterm birth because of the experience of social disadvantage and minority status is characterized by higher levels of stress.

Further research on the short term and long-term consequences of stress is warranted to improve health outcomes for women and children throughout their lifetimes.