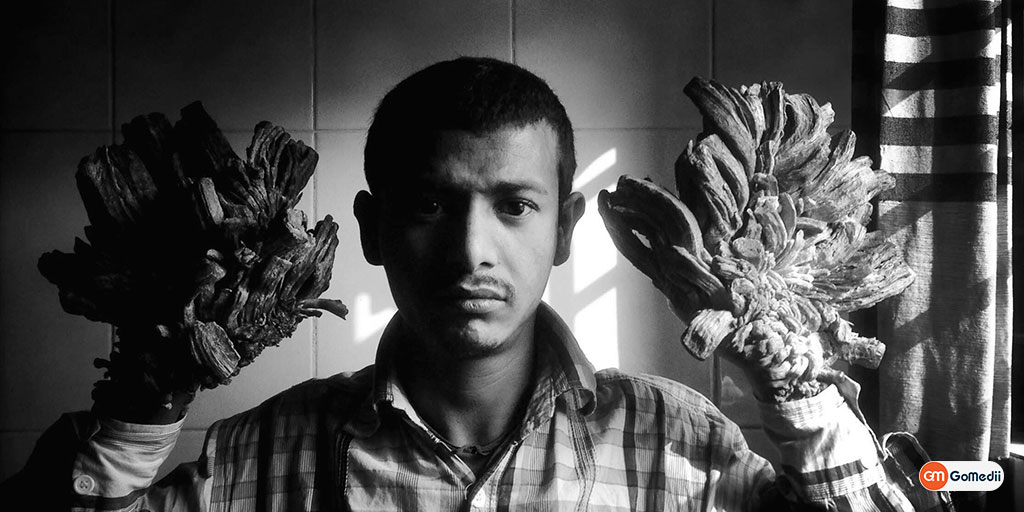 The rarest case was reported a few years ago from Bangladesh with a superficial syndrome named Tree Man Syndrome or Tree man Disease. This Bangladeshi Man sought medical help and found help through surgical measures but sooner his ailment came into action again.

(People Also Like To Read: Type 3 Diabetes and Alzheimer’s Disease: What You Need to Know)

This time he has reported that the condition ought to spread from just hands to other parts of the body. Allegedly, the syndrome is spreading to the feet, arms, and legs of the Bangladeshi man. The man returned to the hospital for treatment and became a worldwide sensation due to the rareness of his disease.

A Man Turning Into Tree:

The Bangladeshi man is often recalled by the term ‘A man turning into a tree’ or ‘Tree Man’. In reality, the man is not turning into the tree but in fact, suffering from a rare condition called Epidermodysplasia Verruciformis (EV). It is the story of a 28 years old man, named Abul Bajandar based in a small town in southern Bangladesh.

Abul Bajandar came into the highlight 3 years ago in the entire world when he first reported his condition to the hospital and media. Abul used to be a rickshaw puller but he states that how he is unable to pull any job or daily chores due to his illness and incapability.

Moreover, Abul is not the only case in the case with such syndrome, There have been a dozen cases reported earlier in Rome, Indonesia, Iraq, Gaza, and Bangladesh. A girl named Sahana Khatun was first and only female patient of this condition from Bangladesh only.

What is Tree Man Disease?

The tree man disease or Tree man syndrome is scientifically known as Epidermodysplasia Verruciformis (EV). It is a rare condition of autosomal recessive skin disorder. This condition can be troublesome as the structure of the body tends to enlarge and wood like objects tends to outgrow from the skin.

This condition is recognized by the excessiveness of HPVs in the body. The HPV is the Human papillomaviruses in the skin which arouses the growth of macules and papules in the body, especially hands and feet. The symptoms of this condition tend to be visible during the age of 5-20 years.

How is Tree Man Disease Caused?

The initial symptoms of the Tree Man syndrome are horn-like lesions on the skin which later becomes warts, macules, and papules. As the skin condition gets worse the malignancy of the skin disorder increases and massive structure are observed to be outgrown from the skin.

Genetics play an important role in this condition. Moreover, Tree Man syndrome is categorized as a hereditary condition. Whereas it is not necessary that the sufferer’s parents have to be suffering from a similar condition but a disorder of genes from parents transferred to the offspring might lead to the malign condition of Epidermodysplasia Verruciformis (EV).

There have been no such shreds of evidence or reports that indicate Tree Man syndrome to be contagious or transmitted from one person to another. Abul, as well as other cases of this disease, has been thoroughly remained with company and care of human beings but none of them went susceptible to the disorder.

The Tree Man tends to be a lifelong malady which it can’t be treated through medication or management. Whereas, doctor and medical professionals rely on surgical measures to erode away the outgrown lesions. Abul Bajandar has been admitted and taken in the care of the hospital and hoping for a permanent solution to Epidermodysplasia Verruciformis (EV).