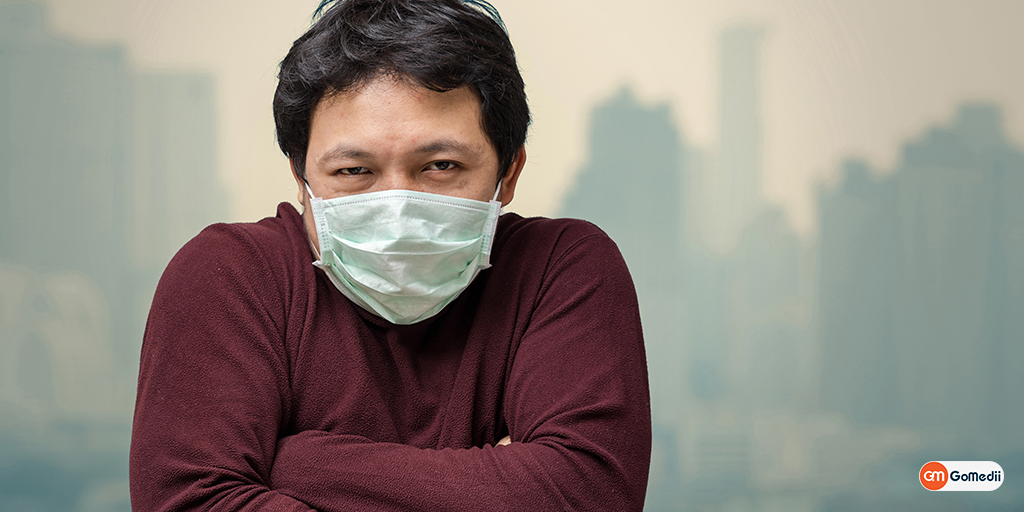 Delhiites faces the first “very poor” air day of this season on 16th October, Wednesday, with the average air quality index touching 304, a clear deterioration from the AQI of 270 recorded on Tuesday, according to the Central Pollution Control Board readings.

(People Also Like To Read: How to Quit Smoking? Read This Story of a Young Man!)

Around 37 air quality monitoring stations situated in Delhi recorded AQI in the “very poor” category even satellite pictures also showed the region under a haze of pollution.

According to the Centre-run System of Air Quality and Weather Forecasting And Research (SAFAR), Delhi’s air quality was likely to remain the same or deteriorate marginally in coming next two days. It attributed the fall in air quality to slow winds that were preventing pollutants from dispersing. According to them, the contribution from stubble-burning in neighboring states was low at this time. However, the Delhi government said that the foul air was largely due to the burning of crops that are taking place in Punjab as well as Haryana.

According to SAFAR bulletin “Surface winds continue to be slow and variable with predominant direction from the southeast. Hence the dominant factor for the increase at this stage is changing local weather conditions rather than an external intrusion,”.

It added that the burning activity in Haryana, Punjab, and nearby border regions had increased over the last 48 hours, with a few new fires also observed over western UP. “However, the wind directions are not favorable for the direct plume transport to Delhi and the SAFAR model estimates the biomass contribution (to Delhi’s AQI) at just 5%,” it said.

SAFAR scientists said that further deterioration in Delhi’s AQI might start from the fourth week of October.

“During the fourth week of October, the temperature will start to cool. The anti-cyclone (over the region) is expected to strengthen by mid-fourth week and associated clear skies, and sinking motion will make the atmosphere stable with calm surface winds. Both will lead to stagnant weather conditions, which favor fine particulate matter formation and accumulation of pollutants,” SAFAR stated.

According to SAFAR, It said the air crisis could deepen if any additional internal or external emissions enter the air. In a landlocked city like Delhi, it may lead to rapid accumulation and may trigger high pollution events. However, if local emissions are controlled, and air quality crises can be avoided.