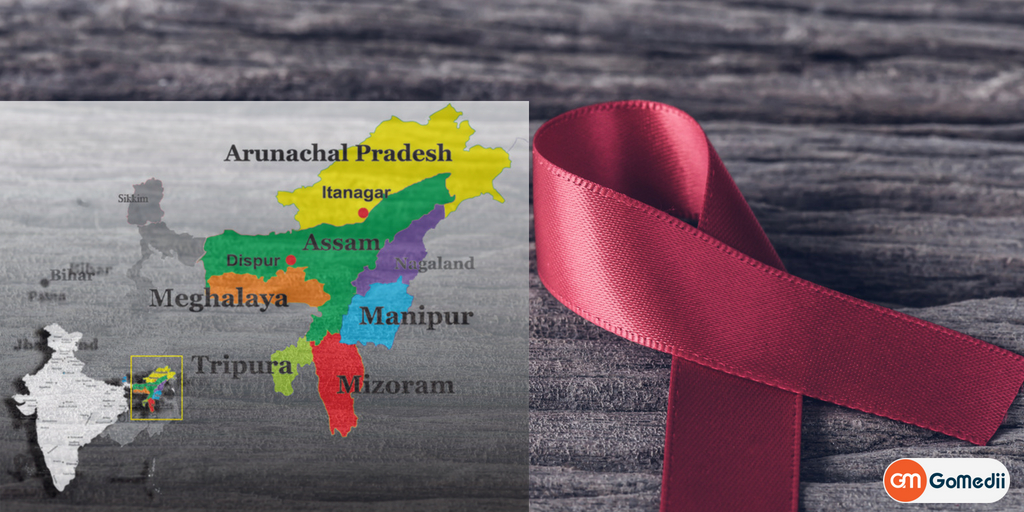 A new report released by the Ministry of Health and Family Welfare, reveals a steady decline in the number of HIV in India and reveals that Meghalaya, Mizoram, and Tripura have been developed as the new HIV hotspots.

It states that the Ministry assigned the reason for the rise in the HIV cases in the three northeastern States due to the high-risk behavior of Injecting Drug Users (IDUs), and the unsafe sexual practices.

In the report, it is also said that the HIV prevalence is higher then IDUs in four sites in Mizoram and one in Tripura.

HIV prevalence among female sex workers was higher in Tripura, Mizoram, and Meghalaya.

The study called ‘HIV Sentinel Surveillance (HSS)’ conducted by the National AIDS Control Organisation is one of the biggest regular studies in the world that deals with HIV in high-risk groups of the population across the world.

In a statement Samiran Panda, Director of the National AIDS Research Institute (NARI) states that “We need prevention and intervention strategies for the most-at-risk population in these pockets, with good coverage. Going by that target, we are still short of about 6 lakh patients. The challenge is to encourage more people to take the test and then provide them with ART.”

What is Injection Drug Use?

It is the method of illicit drug use by a person, these illicit drugs are directly injected into the body like into a vein, under the skin, or into a muscle, with a needle and syringe. These blood-borne viruses, such as HIV and hepatitis, can be transmitted through shared needles or any other drug injection equipment.

How Can You Reduce the Risk of HIV?

One of the best ways that anyone can suggest is to stop injecting drugs, this will helps in reducing the risk of transmitting HIV through injection drug use.

(People Also Like To Read: Common Over-the-Counter or OTC Drugs and Side Effects of Abused)