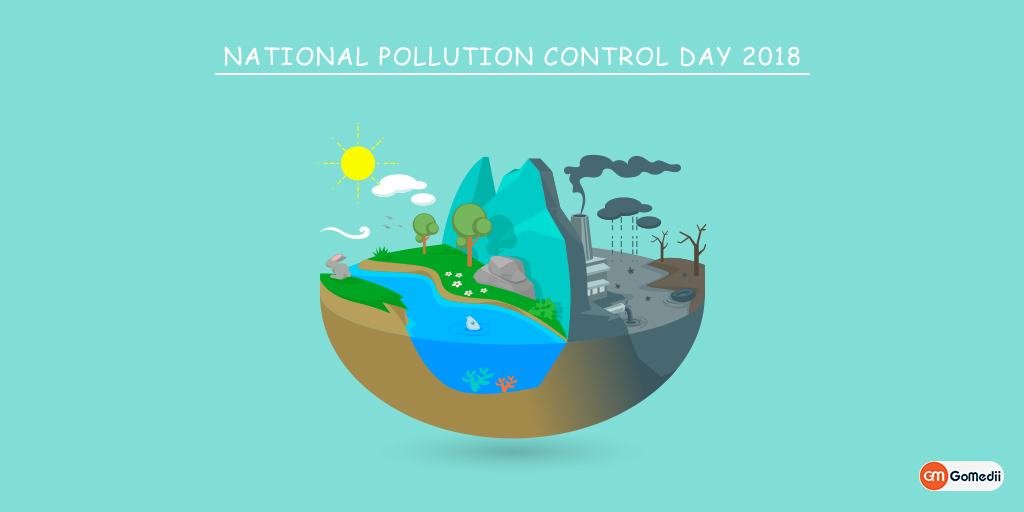 Every year on 2nd of December, the National Pollution Control Day is celebrated in India in order to give memorialize and honor the thousands of people who died because of the Bhopal gas calamity.

What are the Initiatives Taken by Indian Government to Control Pollution on National Pollution Control Day 2018?

Following are some of the initiatives regarding National Pollution Control Day 2018 that are taken by the Indian government to control pollution including;

There are numerous other efforts as well taken by the different state government on making the pollution controlling policies, proper implementation of these rules and all the preventive measures of pollution are important. Industries are the first who must follow all the rules that are made to reduce or control the pollution.

What are the Different Diseased Caused Due to Pollution?

Diseases that are caused by pollution, lead to about 8.4 million deaths each year. There are so many different types of pollution-related diseases, those caused by air pollution, water pollution, contaminated soil, and lacking water, sanitation, and hygiene.

1. Diseases Caused Due to Air Pollution:

2. Diseases Caused Due to Water Pollution:

3. Diseases Caused Due to Sanitation and Hygiene:

4. Diseases Caused Due to Vector-Borne: