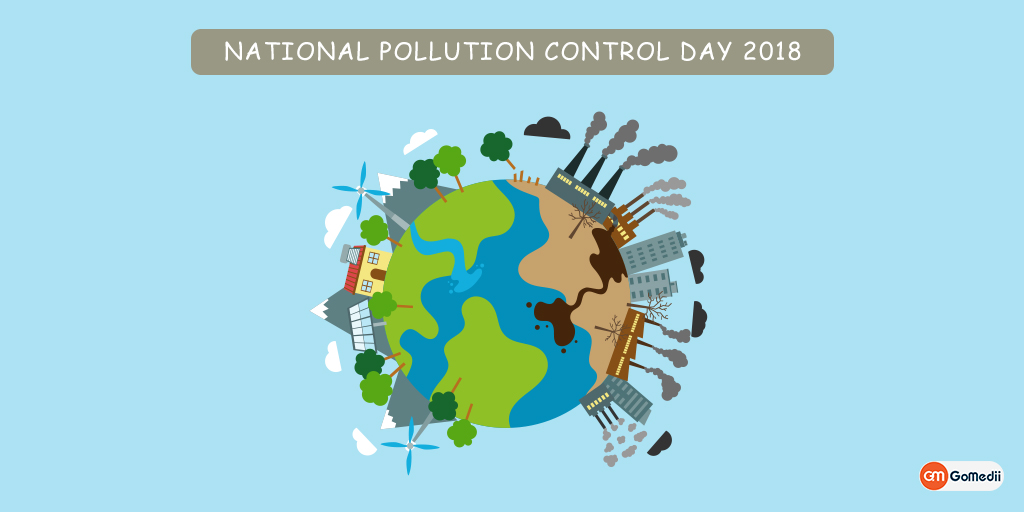 Every year on 2nd of December, the National Pollution Control Day is celebrated in India to give the honor and memorialize those thousands of people who had lost their life due to the Bhopal gas calamity.

The Bhopal gas tragedy was happened in 2nd and 3rd December’s night in the year 1984 because of the unintentional discharge of the poisonous chemical called Methyl Isocyanate and some other chemicals released from the Union Carbide Chemical Plant of the city.

According to the Bhopal gas calamity report, more than 500,000 people were died due to exposer to the poisonous gas of Methyl Isocyanate. The incident was identified as the biggest industrial pollution disaster in the history worldwide which needed significant preventive measures in order to stay away from such type of disaster in the coming future.

One of the important factors of celebrating the National Pollution Control Day is to control and manage the Industrial Disaster as well as prevention of the pollution of air, water, and soil. There are several varieties of laws made by the Government of India as well as all over the world in order to control and prevent pollution.

What are the Pollution Control Acts that are Made by the Indian Government?

The Indian government has launched several serious acts and rules to control and prevention of pollution all over India. Following are some of the acts;

How Central Pollution Control Board of India Works?

The natural resources like water, land, air, or forest are being affected by the different types of pollution. These pollutants are very necessary to stop immediately by executing the rules and regulations in the right way.