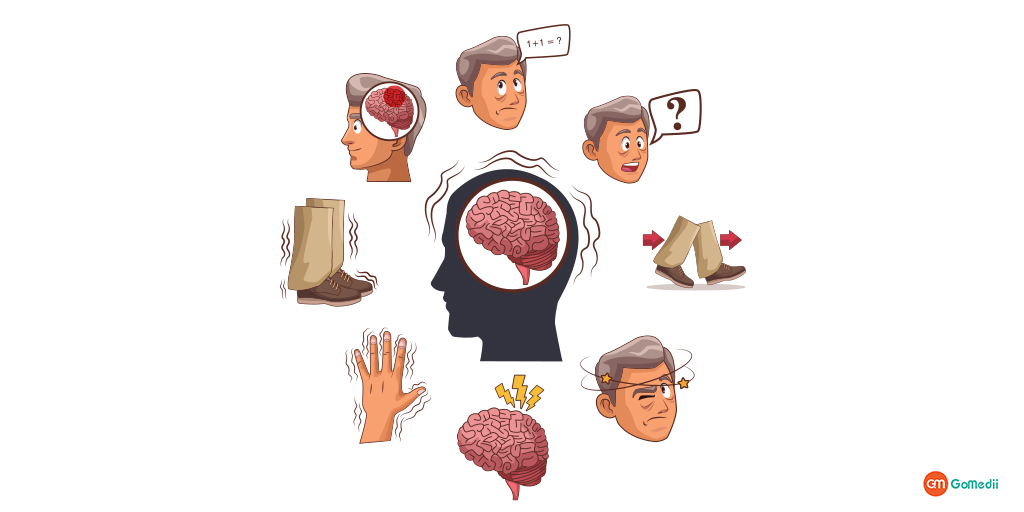 The neurological conditions like Parkinson’s take a toll not only on the person suffering but also the loves ones. What makes things easier is knowing the early symptoms of Parkinson’s. Do you remember the movie Love and Other Drugs? Where the lead actress has Parkinson’s? Well, yes it takes more toll on people who love the patients than the one who is suffering.

(People Also Like To Read: Know the types of fatty liver disease by Dr. Mukul Rastogi)

How do you define Parkinson’s?

Parkinson’s disease is a growing nervous system disorder that generally affects the movement and the symptoms which start gradually, sometimes starting with a barely noticeable tremor in just one hand. Tremors are quite common, but the disorder also commonly causes stiffness or slowing of movement.

What are the major reasons which result in early symptoms of Parkinson’s?

Prevention is better than cure, isn’t it? So, make sure you see the early symptoms of Parkinson’s disease.

Yes, your ability to smell things becomes weaker and weaker. The studies do tell that there are some is mounting evidence that it may precede motor symptoms by several years.

Constipation as early symptoms of Parkinson’s

There are high chances that Parkinson’s patients develop bowel problems. In some people with Parkinson’s disease, constipation may occur due to the improper functioning of the autonomic nervous system.

Your handwriting becomes more cramped. You find it difficult to write and your hand movements are very disoriented. Parkinson’s disease may slow your movement, making simple tasks difficult and time-consuming. Your steps may become shorter when you walk.

Your posture may become stooped. Also, you may have balance problems as a result of Parkinson’s disease. This might affect your body posture for a long period of time.

What can be other symptoms?

Apart from the early symptoms of Parkinson’s you can see and have these symptoms as well. You must have an upper hand so that you prevent conditions to be worse.

Early Symptoms of Parkinson’s is not very easy to track because most of the time it is ignored. We urge you to not make the same mistakes. Read more about such conditions on our website. For the treatment of the related condition, you can call us or can connect us on WhatsApp at +91 9654030724