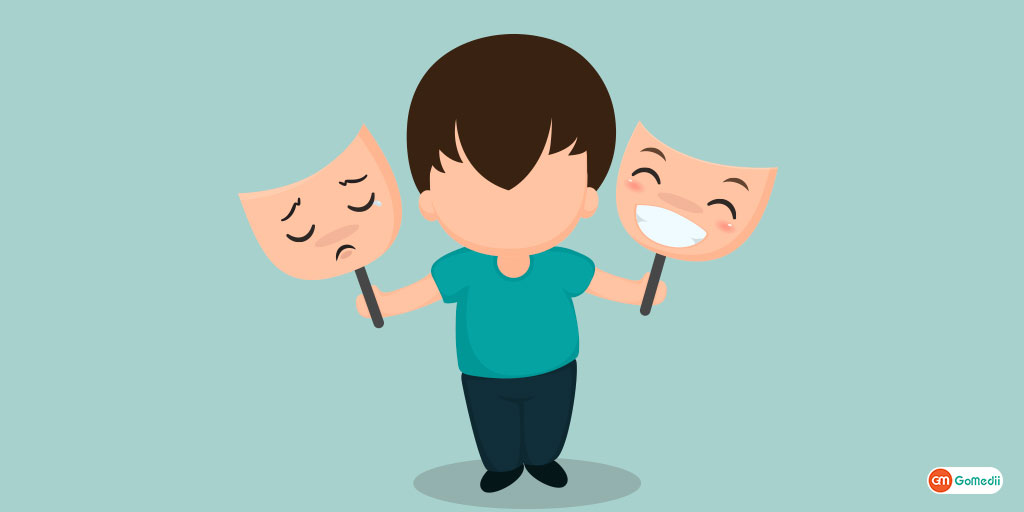 Several children and adolescents experience mood swings as a normal part of growing up, but when these feelings continue and conflict with a child’s ability in daily life function, the bipolar disorder could be the cause of it.

Bipolar disorder can also be defined as manic-depression which is a mood disorder marked by extreme shifts in mood, behavior, and energy levels.

(People Also Like To Read: Do You Know About SIDS?)

What are the Symptoms of Bipolar Disorder in Children?

There are several symptoms of bipolar disorder in children which are easily recognizable;

What are the Signs of Bipolar Disorder in Children?

There are several signs that depict bipolar disorder in children, but top 8 signs are discussed below:

According to the American Academy of Child & Adolescent Psychiatry (AACAP), some of the signs in a child may be of mania.

Mania is defined as unrealistic highs in self-esteem like feelings of having special superhero powers, decreased the need for sleep, increases in energy or being able to go with little sleep for days without feeling tired; repeated high risk-taking behavior like reckless driving, or abusing alcohol and drugs, rapid thinking and talking.

All children get angry periodically, but for adolescents children with bipolar disorder, they feel anger on a highly intense level.

This intense can manifest into violence, possibly destroying their toys or attacking others. These children with bipolar anger do not have control over their outbursts, these anger emotions can turn into a severe rage that can last for hours.

The abnormal state for children or teens as having fatigue, low energy, poor concentration and reduced enjoyment in favorite activities; having physical illnesses like stomach aches and headaches and thoughts of death or suicide; and decreased appetite or major change in eating habits.

Bipolar disorder in children is more possible to have rapid cycling in their depressed mood and a manic mood over a shorter period of time. It’s very common to see a pattern of severe fluctuations in mood, daily routines, and energy. These changes lead to difficulty in functioning in school, with friends, or at home.

Although children with bipolar disorder show less common symptoms of rage and anger, children and teenagers do experience elation, grandiosity or mania. In this condition, the child is usually being overly giddy and goofy at unexpected times such as in morning or night time.

According to the National Alliance on Mental Illness, symptoms in children point to school issues. Due to this disorder, children may encounter with grade drop, quit sports teams and other activities, be suspended from school, engage in risky sexual behavior or talk about death or even suicide.

Mental health professionals depict that a child with bipolar won’t feel a need for sleep. Hypersexuality is another bipolar marker in these children.

How Can You Manage Bipolar Disorder in Children?

As a parent of a child with bipolar disorder, there are lots of things through you can manage the disorder in your child and keep the child well.

Nowadays, bipolar disorder in children is becoming normal among children but possible treatments and managing techniques can help children to overcome this disorder.