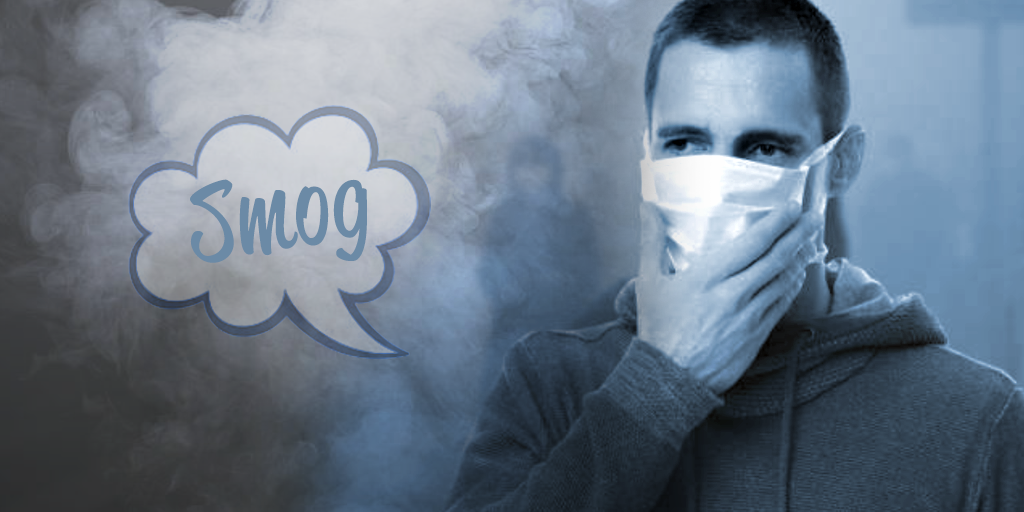 Smog: How Breathing Well is More Important Than What We Eat

Smog is a type of air pollutant. The word smog consists of two words, i.e. smoke and fog which refer to smoky fog, its opacity, and odor. It is a kind of visible air pollution, which is composed of sulfur dioxide, ozone, nitrogen, and smoke or dirt/dust particles. Human-made smog is made in conjunction with vehicular emissions, coal emissions, industrial emissions, forest and agricultural fires and photochemical reactions of these emissions.

There are several causes of smog, including transportation emissions, coal fires, photochemical smog, and natural causes.

Burning fossil fuels like diesel and gasoline releases greenhouse gases, including carbon dioxide (CO2), methane (CH4), nitrous oxide (N2O), and hydrofluorocarbons (HFCs) into the atmosphere that causes the Earth’s atmosphere to warm which results in changes in climate.

Coal fires are also known as coal seam fire or mine fire, having economic, social and ecological impacts. Fires can cause serious health and safety hazard, and affect the environment by releasing toxic fumes, reigniting brush and grass. Global coal fire emissions can cause 40 tons of mercury to enter the atmosphere annually.

In this smog, nitrogen is transformed between different substances in the atmosphere, and nitrous oxide (NO) along with small amounts of nitrogen dioxide (NO2) is released by automobiles that form oxidants and leads to photochemical smog. People Also Read: 8 Ways to Prevent Bad Breath

Several volcanoes emit sulfur dioxide with a large quantity of particulate matter. Radiocarbon content of some plant life has been also linked with the distribution of smog in some areas.

Smog is harmful to children, senior citizens, and people with lung and heart conditions such as asthma, emphysema and acute bronchitis. It causes inflame breathing passages, shortness of breath, pain while inhaling deeply, wheezing, and coughing, and decrease the lungs’ working capacity.

There are several studies and events related to smog such as a study “Airpocalypse’ smog events in China linked to melting ice cap” published in the periodical “Science Advances” and a recent event in India ‘Smog in Delhi’ is the severe air-pollution event across Delhi and adjoining areas.

A smog is a form of air pollution which is produced in the atmosphere due to the reaction of sunlight with nitrogen oxides and a volatile organic compound (VOC). After the reaction occurs, particles are released into the atmosphere, and harmful compounds (ozone) were absorbed by oxygen. There is the increase in campaigns for the reduction of smog due to its harmful effects towards both environment and humans.[ People Also Like: Know Why Monitoring of Blood Pressure is Important]

Buy medicines for blood pressure from your nearby pharmacy at cheaper price from GoMedii.