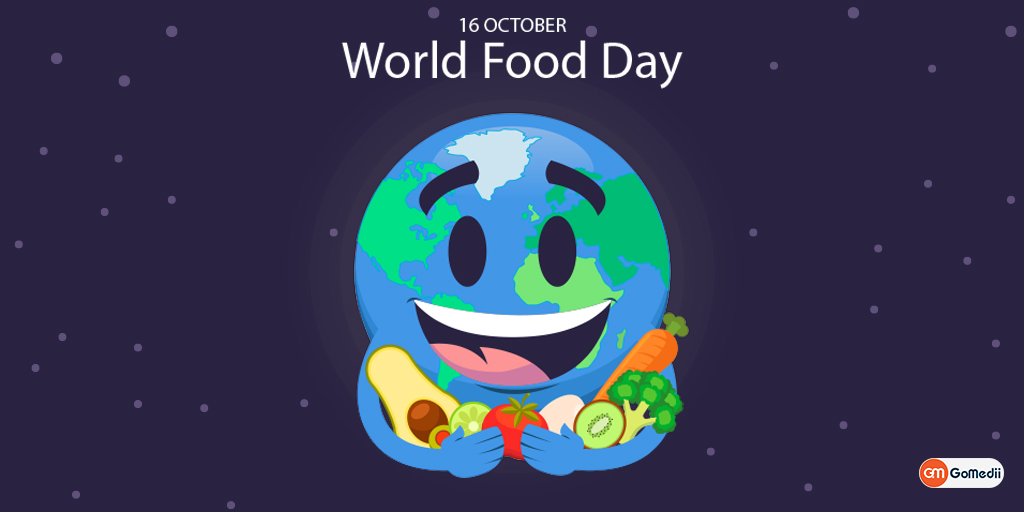 World Food Day is celebrated every year on 16th of October around the world in honor of the date of the founding of the Food and Agriculture Organization (FAO) by the United Nations in 1945. The day is celebrated widely by several countries and organizations concerned with food security, including the International Fund for Agricultural Development and the World Food Programme.

What is the History of World Food Day?

World Food Day was established by the Member Countries at the Organization of the Food and Agriculture Organization during the 20th General Conference in November 1979. At that time, Dr. Pál Romány, former Hungarian Minister of Agriculture and Food, played an important role at the 20th Session of the FAO Conference and offered an idea of celebrating the World Food Day worldwide. Since that time it has been observed every year in more than 150 countries in an effort to raise awareness regarding the issues behind hunger and poverty.

This year the theme of World Food Day 2018 is “Our Actions Are Our Future.”

Since 1981, each year the World Food Day has adopted a different theme with a to highlight areas needed for action and provide a common focus.

In India, the World Food Day celebrated to marks the significance of agriculture and emphasizes the fact of producing safe and healthy products produced and consumed by the Indians. The day is celebrated with great enthusiasm in India such as several people joined hands and vowed to keep their food safe and hygienic.

What is the Importance of Eating Healthy Diet?

India’s attempts to remove hunger have been shoddy. The Global Hunger Index has been released for the year 2018 and this time India’s ranking had fallen. Now, India is ranked 103rd in the list of 119 countries. Last year, India was at the 100th place in the Global Hunger Index (GHI). The point is to note that India’s ranking has been consistently falling in the Index. In the year 2014, India was at the 55th position in GHI. So it was in the 80th in 2015, 97th in 2016 and 100th place last year. This time the ranking fell 3 places.

What is the Global Hunger Index?

The Global Hunger Index (GHI) was started by the International Food Policy Research Institute in  2006. The German HungerLife named Welt Hunger was the first to release the Global Hunger Index in 2006. This time the index of 2018 is its 13th edition. The Global Hunger Index has a detailed description of the condition of catering in all the countries of the world. For instance, what kind of food is available to people, its quality and quantity, and what are the deficiencies in it. The GHI rankings are released every year in the month of October.

7 Amazing Tips for the Elderly to Keep Them Healthy!!

7 Ways To Be Healthier During Delhi Rains!