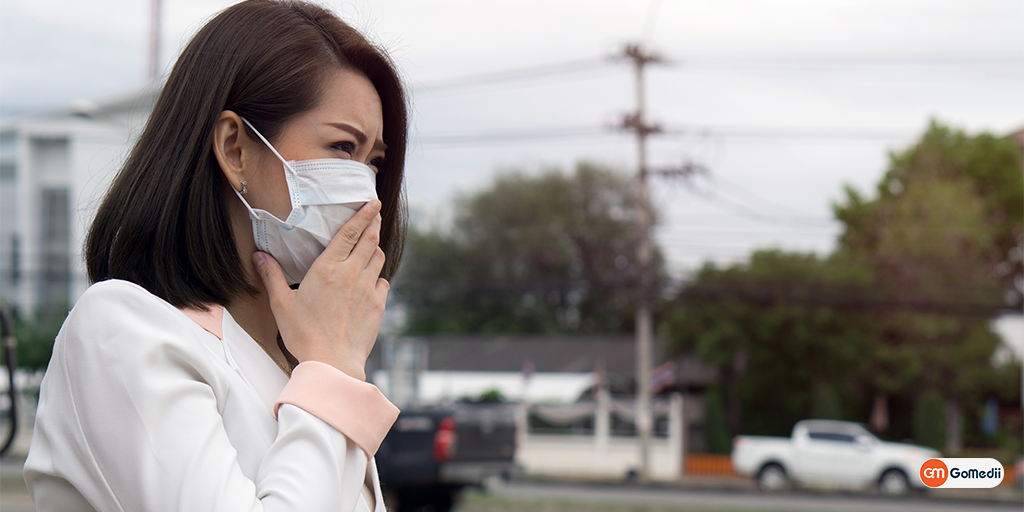 Breathing is the most crucial process for us to survive even more crucial than water as one can survive without water for a while but not without taking a breath. Air plays the key role in the process of breathing, now imagine if the air that we inhale is polluted and unsafe, yes this is the reality which is causing breathing problems to arise.

Breathing problems are increasing rapidly and drastically in India, especially in smart cities. According to a recent survey, the Air Quality Index of Capital is 999 which is beyond hazardous and equivalent to smoking 50 cigarettes a day.

The population residing in large smart cities is huge as well so it is essential to learn about these respiratory problems happening due to pollutants present in the air which is difficult to avoid as air is everywhere we belong.

What are the Breathing Problems Caused by Air Pollution?

The levels of pollutants have been increasing day by day which is causing an inevitably hostile environment for everyone. Moreover, the reaction to the pollutants and infestation of the pollutant differs from one to another person. Find a curated list of possible problems that might occur due to inhalation of these pollutants.

This is one of the most common diseases which is caused by oxides of sulfur and nitrogen which are present in the inhospitable environment. Asthma involves difficulty in breathing or chronically heavy breathing as the respiratory parts of the human body are damaged.

The presence of carcinogens in the air is the optimum reason of causing critical destruction to lungs in disguise of lung cancer which is also termed as Pulmonary cancer. This disease leads to the incapability of carrying oxygen and malfunctioning of lungs due to abnormal growth of cells.

Due to exposure to the benzene vapors, this Leukemia is caused which fall under the category of cancer. This is very chronic among many breathing problems as the white blood cells tend to grow rapidly in an abnormal manner.

In this condition, the air passages and air sacs or the alveoli are misshaped and swell up badly which causes troubles in breathing even while resting or doing no task. This condition arises due to the invasion of toxic particles inside the body through the air passage. Chronic Obstructive Pulmonary Disease is subcategorized in two kinds that are Emphysema and Chronic Bronchitis.

The pollutants present in the polluted air has the presence of harmful bacteria as well which enters the body through the air and caused pneumonia which makes troublesome for a person to breathe. This condition becomes worse as more toxic air is inhaled so it is better to find an alternative to escape air pollution.

The cardiovascular system of any living body is what never rests as it is essential for almost every vital response. People living under hazardous air condition are more likely to catch many cardiovascular diseases of various kinds.

As we discussed earlier, poisonous and toxic substances are present in the polluted air which can cause many diseases and problems which is the core reason behind the weakening of the human body. In many previous years, premature deaths have been increasing alongside with pollution.

It has been observed in the past many years that babies took birth in or near the polluted area are weaker than average healthy babies. The babies are born with allergies and lack of immunity against cold, flu and infections.

The lungs play an important role in many motor functions of the body and pollutants damages the lungs in many ways that the core functions are abrupted. There are many breathing problems encountered by people living in an inhospitable environment, also, heavy breathing, fatigue, panting and early tiredness are reported as well.

What are the Remedies to Prevent Breathing Problems caused by Air Pollution?

There are majorly two kinds of toxic substance present in the air that are gaseous or tiny solid particles. There are many remedies that should be adopted in order to avoid these toxic substances to harm the body.

1. Start wearing face masks that are useful in eliminating the toxic substances to enter your body. There are many kinds of masks available so consult expert or doctor before purchasing one.

3. To keep yourself safe and healthy indoor, install an air purifier in your house which is helpful in disseminating pure air. This option is surely an expensive one but investing in health is always fruitful.

4. Many doctors and health experts suggest staying hydrated during outdoors as well as indoors as it is the core method of decreasing many health risks including breathing problems.

The air pollution has been increasing rapidly and drastically every day which has become the core reason behind increasing breathing problems so it is high time to take a step against pollution and adopting each and every measure which lead us to a healthy lifestyle.

(People Also Like To Read: Know More About Asthma Causes and Treatment)