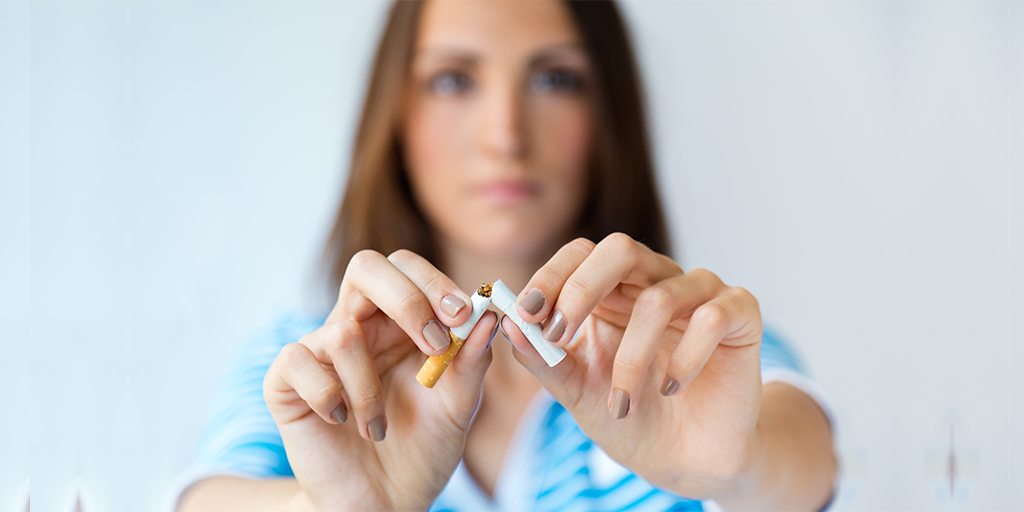 Do you know that hearing loss in babies can be due to smoking during pregnancy? Yes, it is scientifically proved that children exposed to tobacco smoke before and after birth may be at the risk of hearing impairment.

This is the study conducted by researchers at Kyoto University which was done on young children in Japan who were born between 2004 and 2010 and it was appeared in the periodical “Paediatric and Perinatal Epidemiology.”

As the results of the study suggest that few children were exposed in utero to only maternal past smoking and some were exposed to tobacco smoke during pregnancy and at 4 months.

There are already many negative effects of cigarette smoking on men and women health are well documented in numerous studies. But, several clinical studies were also linked with neuro-developmental problems among infants due to prenatal exposure to smoking, more precisely smoking during pregnancy.

Usually, cigarette smokers are exposed directly to nicotine along with other chemicals. Likewise, when pregnant women smoke it causes hearing loss in babies.

The above study also found the significant declines in the Transient Evoked Otoacoustic Emissions (TEOAE) response amplitude in babies, who had been exposed to high-level smoking compared to the control group, which indicate that cigarette smoking is harmful to the developing cochlea.

The study results are the clear evidence of negative effects of cigarette exposure and are apparent and assessable already at birth.

(People Also Like To Read: Factors Responsible For Loose Motion During Pregnancy)

Following are top 6 negative effects of smoking during pregnancy that can also cause hearing loss in babies;

An unexpected loss of a pregnancy is a painful incident. This refers to both stillbirth and miscarriage. Usually, the miscarriages incidents take place during the first three months of pregnancy. But when a miscarriage happens after 20 weeks of gestation, it is known as a stillbirth. There are several risk factors responsible for such situations from which one of it is smoking. The harmful chemicals in a cigarette such as carbon monoxide, nicotine, and tar hamper fetal growth as well as the placenta. This adds to an increased risk of miscarriage or stillbirth.

According to studies of the studies which reveal that nicotine can also lead to reductions in the fallopian tubes. This particular situation prevents the embryo from passing through and results in an ectopic pregnancy. This usually happens when the egg was implanted outside of the uterus, that is either in the abdomen or in the fallopian tubes. This form of pregnancy should be terminated immediately to avoid life-threatening situations.

The placenta is well-known lifeline structure which provides the fetus food and oxygen. But smoking during pregnancy can provide several risks to the placenta like it can increase the risk of placental abruptions. Due to this condition, the placenta separates from the uterus and can result in life-threatening situations for mother as well as the baby. It can also lead to pain and bleeding which cannot be fixed. Immediate medical attention can also help with healthy birth in this situation.

Preterm birth is a condition when the baby takes birth much before actual due date. One of the causes for increased risk of preterm birth is smoking during pregnancy. Preterm birth increases the risk of hearing loss, mental disabilities, vision impairment, learning and behavioral problems in the babies.

Smoking during pregnancy can increase the risk of developing certain birth defects among babies. These defects can be external or internal such as congenital heart problems and difficulties with the structure of the heart.

Smoking during pregnancy also raises the risk of placenta previa. Normally, the placenta grows inside the uterus on the top of the womb. This way the cervix remains open for delivery, but due to smoking, the placenta remains in the lower part of the uterus that covering the cervix. This may cause the placenta to burst that bleeds. It can also cut the oxygen and vital nutrients of the baby, which hampers the normal growth of the baby.

As all the negative things were discussed above so it is important to understand that hearing loss in babies can also be due to smoking during pregnancy.